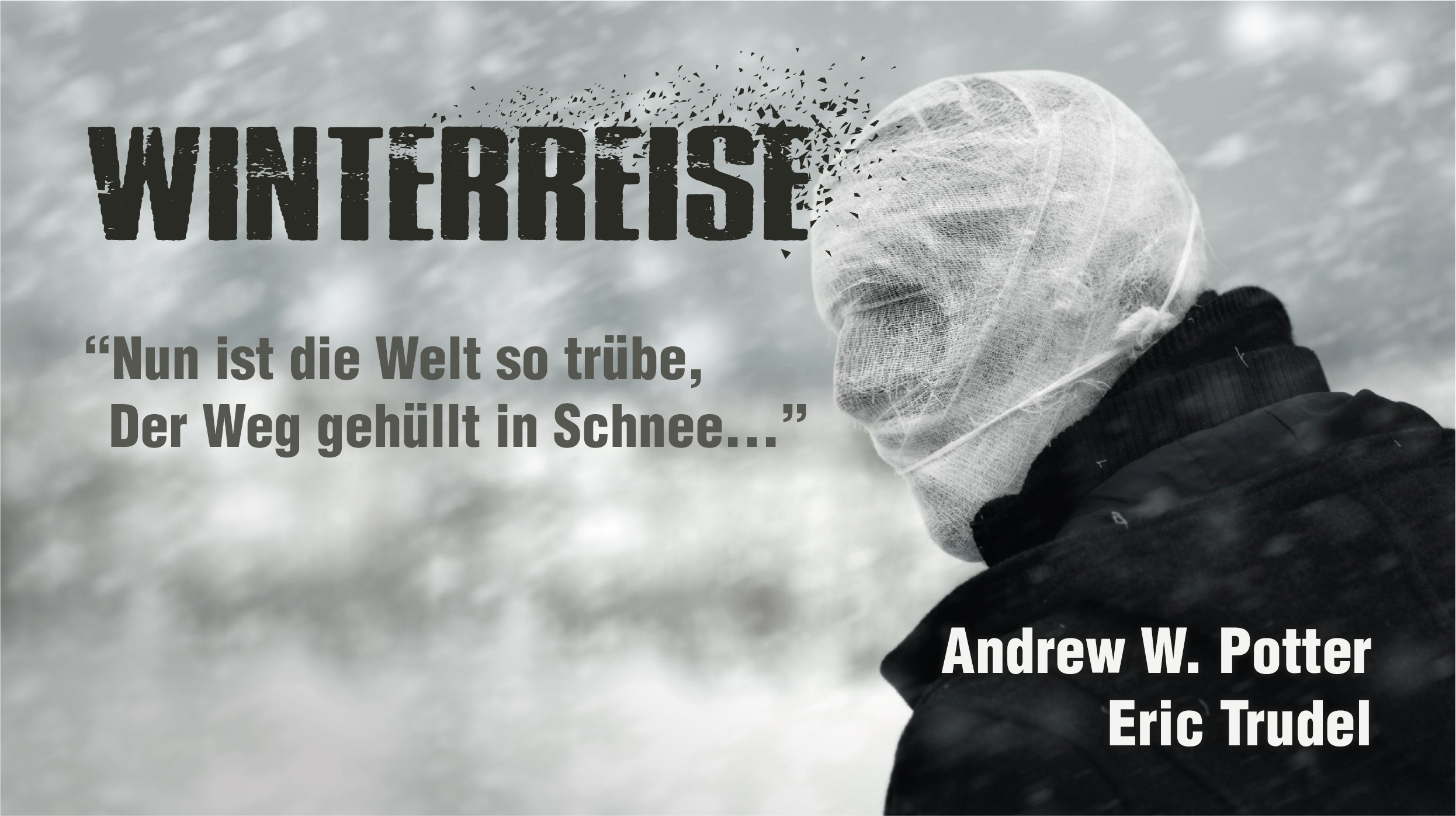 Setting: An unknown year in the not too distant future.

The landscape is barren. A frozen wasteland is all that is left of all that once was green, vibrant, and alive.

After years of neglect, malice, war, greed, and pollution, Mother Earth is breathing her last and few survivors remain, enduring a nuclear winter.

Our narrator finds himself alone, having lost all he once held dear. He has witnessed man’s propensity for destruction and continues on his journey — commenting on the bleak, broken landscape. Is there hope?

Or has all possible hope died, frozen with all other life… beneath the snow? 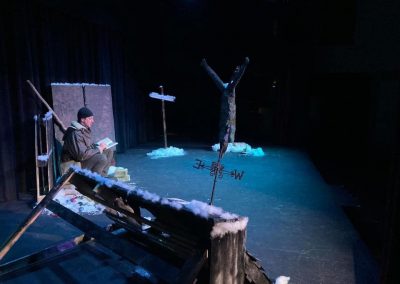 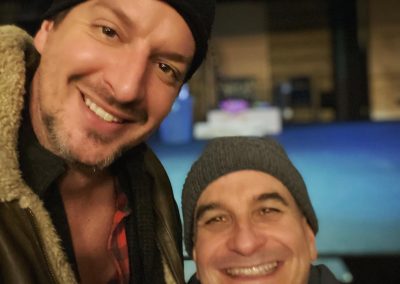 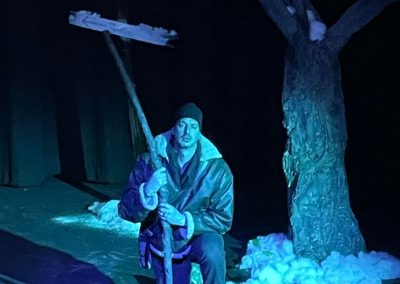 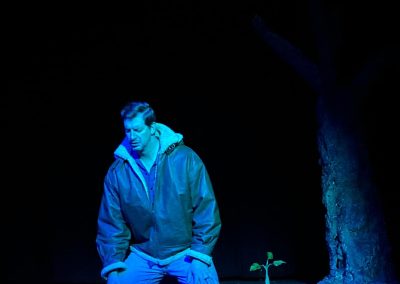 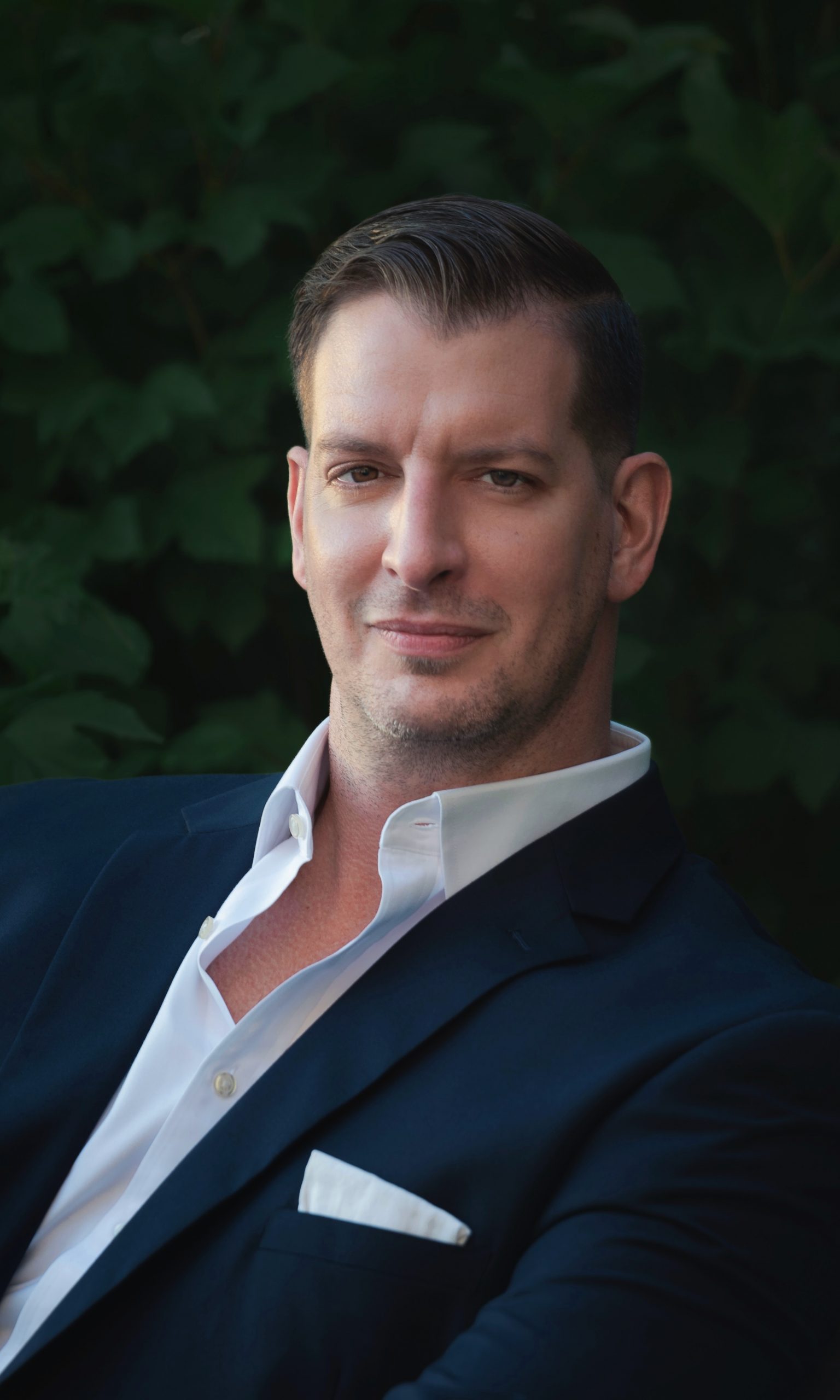 Andrew Potter, bass has garnered increasing demand across the country for his larger than life stage presence and voice to match. Of his recent performance in L’elisir d’amore, Opera Today hailed, “With his huge, all‐encompassing bass voice and precise comic timing he nearly stole the show.”

This past season, Andrew has been one of the lucky ones to be able to continue to perform, in addition to a series of virtual concerts, he joined Opera Santa Barbara as the title role in Don Pasquale, Pacific Opera Project as Sam in Trouble in Tahiti, and Southern Illinois Festival for Covid fan Tutte.  Next, he will perform Simone in Gianni Schicchi as well as Pastor Avery in Tobias Picker’s Emmeline with Tulsa Opera, Il Commendatore in Don Giovanni with Indianapolis Opera, René, King of Provence in Iolanta with Pacific Opera Project, and Sparafucile in Rigoletto with Orlando Opera.

Previous engagements have included Prince Gremin in Eugene Onegin with Livermore Valley Opera, Poo-Bah in Mikado with Opera Grand Rapids, Sulpice in Daughter of the Regiment and Dr. Dulcamara in L’elisir d’amore with Winter Opera St. Louis, Sherlock Holmes and the Case of the Fallen Giant with American Lyric Opera, The Bonze in Madama Butterfly with St. Petersburg Opera, Hunding in Die Walküre, Fafner in Das Rheingold and Colline in La bohème with Pittsburgh Festival Opera, Vodnik in Rusalka with Steamboat Opera, Osmin in Die Entführung with Opera Orlando, Colline in La bohème with Anchorage Opera and Indianapolis Opera, his Tulsa Opera début as The King in The Little Prince, Sarastro in The Magic Flute and Il Commendatore in Don Giovanni with Pacific Opera Project, the role of Death in the world premiére of Rick Sowash’s Death and the Everyman, Don Alfonso in Così fan tutte, and Escamillo in Carmen with Mid-Ohio Opera, and Simone in Gianni Schicchi, Sarastro in Die Zauberflöte and Ferrando in Il trovatore with Southern Illinois Music Festival.

Additionally, Andrew has performed across the country proficiently demonstrating the vocal power and sonority to sing such roles as Mephistopheles in Gounod’s Faust and Sarastro in Die Zauberflöte, the range and physicality to perform buffo roles like Don Bartolo in Il barbiere di Siviglia, Don Alfonso in Così fan tutte, Don Magnifico in Cenerentola; and the flexibility and agility to sing challenging Handelian roles including Zoroastro in Orlando, Ariodate in Serse, and Argante in Rinaldo.

With years of studying under renowned teachers such as Rick Christman, Braeden Harris, and Kenneth Shaw; Andrew became a standout in mainstage roles at several of the nation’s most prestigious Young Artist programs such as Des Moines Metro Opera, St. Petersburg Emerging Artist Program, and the Tyler Young Artist Program. 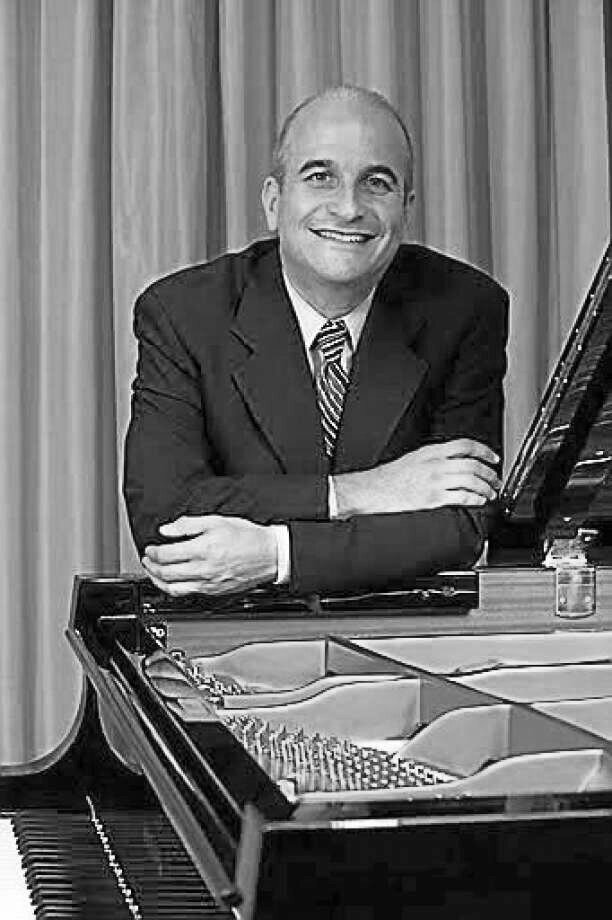 A native of Quebec, Canada, Eric Trudel graduated with top honors from the Quebec Conservatory of Music. He won the prestigious Prix d’Europe competition, which enabled him to study privately with pianists Garrick Ohlsson, Jean-Claude Pennetier, Marc Durand and Louis Lortie. He has taught and performed extensively throughout Canada, Italy, Germany, Austria, Japan, Korea, Spain, and the United States. His New York City credits include recitals at Weil Recital Hall, Alice Tully Hall, Merkin Hall and the 92nd Street Y.

Mr. Trudel has performed in association with many organizations, including the Metropolitan Opera, Yale Institute for Musical Theater, Yale School of Drama, Montreal International Piano Festival, the Banff Center Festival for the Arts, L’Opéra de Montréal, Connecticut Grand Opera, Les Grands Ballets Canadiens, the Oklahoma Mozart Festival, Pro Arte Singers, and Concora. Equally at ease in experimental projects, he has been involved in the creation of the hit musical Nelligan in Montreal, Christopher Cerrone’s opera Invisible Cities for Yale Institute of Music Theater, and the new Adam Bock/Todd Almond musical We Have Always Lived in a Castle for Yale Rep.

His association with the CBC includes numerous television and radio performances as a soloist, chamber musician and accompanist. On CD, he can be heard on the CBC and Star labels, and on the 6 albums of the complete songs of Charles Ives released by Naxos. He recently completed the recording of the complete songs for voice and piano by American composer Scott Perkins, to be released in 2018.

In 2008, the national publication Classical Singer Magazine chose Eric Trudel to be “Vocal Coach of the Year”, a crowning acknowledgement of his many years of collaborative work with opera singers. He has also been the principal pianist for the Classical Singer Convention Competition since 2006.

His musical theater credits include conducting The Fantasticks at the National Arts Center in Ottawa, preparing and conducting Evita and concerts with Madison Lyric Stage, countless Broadway reviews with the Guilford Performing Arts Festival, the Montreal International Jazz Festival, and the Ivoryton Broadway on the Shore series.

Eric is a member of the Wall Street Chamber Players, a group of first chair musicians from the New Haven Symphony and other orchestras who have been performing in their own subscription series through Connecticut for the past 35 years. In June 2018, he was appointed music director of the Stamford Chorale.

He is an avid reader of both fiction and nonfiction literature, and devotes whatever free time he has to hiking and foreign languages. A passionate student and practitioner of the Alexander Technique, he gratefully credits his mentor Rachel Bernsen with weekly life-changing experiences.

Learn about the Winterreise Project